The Sponsorship Program identifies one or more promising artists or creative professionals who use technology in novel ways to inspire or advance the fields of popular visual arts including drawing, painting, photography, sculpture, videography and filmmaking.  Selected individuals are sponsored for attendance at a major industry convention and networking event.  The sponsored individual is provided with an opportunity to display, sell, or promote their work at a booth on the convention floor, along with opportunities for meetings with other creators, artists, publishers, and notable professionals in their creative field.

Please click here to learn more about the submission timeline and for the application form.  GOOD LUCK!


Daniel Ibanez is a Fort Collins, Colorado-based husband, father, teacher, and artist who is as talented as he is prolific, and exhibiting at Comic Con helped KWF in our mission to try to cultivate the best and the brightest rising-star visual artists, and to expose work that is fresh and unusual to a much wider audience.


Excelling in a number of traditional mediums as well as digital, Daniel effortlessly transitions between myriad styles and subject matter: everything from neo-impressionist landscapes and still-lifes to otherworldly, Frazetta-inspired fantasy scenes.

Peter Santa-Maria is a Miami-based artist and teacher. Working primarily in the process of printmaking, his artwork spans from original designs to pop culture icons.

He is heavily influenced by traditional imagery from Thailand, American traditional tattoo flash, and his peers.

Peter's unique style immediately drew our eye and we feel it's safe to say that Comic-Con had never seen anything quite like his work before.

His clients and partnerships include Marvel, Sideshow Collectibles, LucasFilm, and Hot Topic.

Her work has been featured in Spectrum 23 by Flesk Publications, Infected by Art 4, the covers of Victor Lavalle's Destroyer series and Saladin Ahmed's Abbott by BOOM! Studios, and several international galleries.

In her spare time, Micaela has been developing projects that speak to her desire for equality and the promotion of women’s rights. Her main focus is creating bold, colourful works of art that have roots in fantasy and mythology.

She also has a passion for developing art that comments on the continued need for diversity while helping empower women and minorities.

Kelly McKernan is a fine artist and illustrator currently based in Nashville, Tennessee. Kelly obtained her Bachelor of Fine Arts from Kennesaw State University, with a concentration in drawing and painting.

At its core, Kelly’s work always revolves around two forces: A woman and a world. Whether in harmony or posed against one another, the two are always clearly delineated. Her subjects are often found staring into all that exists outside themselves—rights and wrongs, friends and foes, full and empty spaces—seeing them distilled into a single essence to contend with as she may. Kelly strives to create through exploration, leaving a trail which anyone might follow with the very same sense of discovery.

She has been exhibiting her work with numerous galleries since 2009, including notable spaces such as  Gallery 1988, Spoke Art, Arch Enemy Arts, and Subtext Gallery. She also began her work as an illustrator in the same year and has worked on numerous projects, including album artwork. Kelly is also a member of the PRISMA Artist Collective and a current Grumbacher Featured Artist.

Candice Broersma grew up in the quaint city of Yucaipa, California. She began her studies at a local art studio under the direction of artist Sharon Rachel, learning the basics of observational drawing over the course of seven years. As an undergraduate at the University of Redlands, she pursued her love of both music and art:  painting by day and performing clarinet by night. Candice's involvement in the two fields gave her the opportunity to create recital posters, which introduced her to visual communication and design. Eager to delve further into the commercial arts, Candice decided to pursue illustration and consequently enrolled in the Masters program at the Savannah College of Art and Design. Since graduating, Candice has taken up residency at the prestigious Bovard Studio as a stained glass window concept artist and marketing graphic designer. 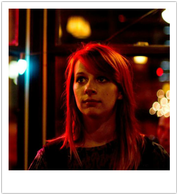 Sara K. Diesel,  a young professional illustrator, attended as the recipient of 2015's highly sought-after KWF Sponsored Artist grant. She joined us at the Foundation's booth on the Exhibitor Floor, thrown into the deep end of the world's largest fandom, pop arts, sci-fi, and comic book convention.  She rocked it.  More... 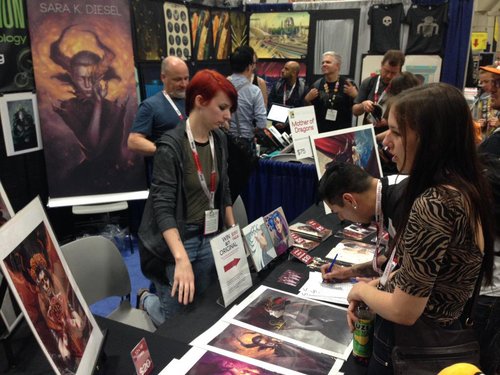 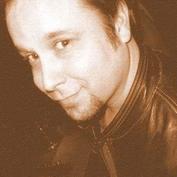 David Boudreau, is a concept and caricature artist, as well as an accomplished animator.   David was the recipient of the first SDCC Sponsored Artist program scholarship in 2014.